When you book with an account, you will be able to track your payment status, track the confirmation and you can also rate the tour after you finished the tour.
Sign Up
2426
3 Days
DetailItineraryMapPhotosReviews

Multan is 5th largest city of Pakistan, it is the center of Southern Punjab. Multan has always enjoyed a great importance in history.

Today Multan is a combination of old and the new Pakistan culture. There is a big hustle bustle in the Old town and sound streets in the New city. The old city has a very interesting Bazaar and many elaborately decorated Shrines of the Sufi saints. The most precious accessory of Multan are its beautiful Mosques which are considered as one of the oldest in the entire South Asia.

Catch the afternoon flight PK-681 to Multan, departing at 13:20. Upon arrival at Multan, you will be met by your Walji’s representative and transferred to Hotel One. Multan’s history stretches deep into antiquity. Multan otherwise known as (Madinat-ul-Aulia) the City of the Sufis was a site of the renowned Multan Sun Temple that was besieged by Alexander the Great during the Malian Campaign. Multan was one of the most important trading centers of medieval Islamic India and attracted a multitude of Sufi mystics in the 11th and 12th centuries, earning the city the nickname City of Saints. The city, along with the nearby city of Uch, is renowned for its large collection of Sufi shrines dating from that era. After freshening up, we will go to the shrine of Rukh-e-Alam, which won the Aga Khan Award for Architecture due to the painstaking restoration that reinstated it to its resplendent glory. If we are lucky, we will see local musicians singing hymns in honour of the Saint in an effort to receive alms from the many pilgrims who frequent this shrine. Shah Rukhn-e-Alam (meaning “Pillar of the World”) (1251-1335), was an eminent Sufi saint who belonged to Suhrawardiyya Sufi order. His tomb was built between 1320 and 1324 CE in the pre-Mughal architectural style and it said to have built by Ghais-ud-Din Tughlak (1320-1325 AD). From here we will go into the adjoining bazaar and from there to a local restaurant. Return to your hotel for overnight. Overnight at Ramada Hotel Multan.

Today will be a long day as we try to squeeze in as many sights as we can of this fascinating area. Our two hour drive will take us first to Bahawalpur. Bahawalpur was founded in 1748 by Nawab Bahawal Khan I. The city initially flourished as a trading post on trade routes between Afghanistan and Central India. In 1785, the Durrani commander Sirdar Khan attacked Bahawalpur city and destroyed many of its buildings. However, Bahawal Khan re-established control of Bahawalpur a few years later. The princely state of Bahawalpur was founded in 1802 by Nawab Mohammad Bahawal Khan II after the break-up of the Durrani Empire. Bahawalpur’s central library-which we shall visit-dates from the princely state period. Fearing an invasion from the Sikh Empire, Nawab Mohammad Bahawal Khan III signed a treaty with the British on 22 February 1833, guaranteeing the independence of the Nawab and the autonomy of Bahawalpur as a princely state. The treaty guaranteed the British a friendly southern frontier during their invasion of the Sikh Empire. During the princely period the fabulous Noor Mahal was also constructed (1872-5) by Nawab Sadiq Muhammad Khan the fourth, who was also known as the Shah Jahan of Bahawalpur for his passion of constructing beautiful buildings. Most of the palace’s materials and furniture were imported from England and Italy. The construction of the palace was completed in 1875 at a 2016 equivalent amount of USS 8.1 million! Noor palace covers an area of 44,600 square feet (4,140 m2). It has 32 rooms including 14 in the basement, 6 verandas and 5 domes. The design encompasses features of Corinthian and Islamic styles of architecture with a tinge of sub-continent style. The Corinthian touch is visible in the columns, balustrade, pediments and the vaulted ceiling of Darbar Hall. The Islamic style is evident in the five domes, whereas the angular elliptical shapes are a stroke of sub-continent. Due to a dispute within the heirs, this building has now been taken over by the Army, who are inconsistent about allowing visitors in to the building. We will also visit Bahawalpur Museum established in 1976. It is a museum of archaeology, art, heritage, modern history and religion. Other than that we will also visit the Farid Gate with its busy market.
After Bahawalpur, a 90 minute drive takes us to Uch Sharif, an historic city in the southern part of Pakistan’s Punjab province. Uch may have been founded as Alexandra on the Indus, a town founded by Alexander the Great during his invasion of the Indus Valley. Uch was an early stronghold of the Delhi Sultanate during the Muslim conquest of the sub-continent and a regional metropolitan centre between the 12th and 17th centuries. Though Uch is now a relatively small city, it is renowned for intact historic urban fabric, and for its collection of shrines dedicated to Muslim mystics from the 12-15th centuries that are embellished with extensive tile work, and were bulit in the distinct architectural style of southern Punjab. Of particular interest is the Tomb of Bibi Jawindi, a female Saint whose recognition as a Sufi religious scholar was a rarity for that era. The Tomb is one of the five monuments in Uch Sharif, Punjab, Pakistan, that are on the tentative list of the UNESCO World Heritage Sites. Dating back to the 15th century, the shrine was built on the banks of a river (that has since changed its course) but during torrential floods in 1817 half of the tomb was washed away. One of Uch’s most celebrated saints, Jalaluddin Surkh-Posh Bukhari, migrated to Uch from Bukhara in 1244-45, and time permitting, we will visit his shrine. From Uch a 75minute drive will take us into the remote and barren landscapes of the Cholistan Desert, to pay a visit to the imposing Derawar Fort. Built by the Rajput Bhati, the fortress dominates the desert around it, with 40 towering bastions that stand over 30 metres in height. We will visit the fort and following a desert camel ride (optional), we will take our three and a half hour return drive to Multan for a second night. Overnight at Ramada Hotel Multan.

After breakfast and checking out of the hotel, we will proceed to visit other shrines, the most prominent of which are those of Bahauddin Zikaria and Shams Tabraiz. Abu Muhammad Bahauddin Zakaria, later known simply as Bahauddin Zakariya, was born around 1170 CE in Kot Kehror (now known as Karor Lal Esan), a town near the ancient city of Multan, in the southern part of the punjab province of modern Pakistan. Bahauddin Zakariya descended from the lineage of Asad Ibn Hashim, and was hence a Hashim, or direct descendant of the same clan lineage as Prophet Muhammad. Zakariya’s Sufi philosophical orientation was of the Suhrawardi order which rejected a life of poverty, as espoused by the Chisti order that was more prevalent in the Lahore region. Instead, the Suhrawardis believed in ordinary food and clothing, and rejected the Chisti assertion that spirituality lay upon a foundation of poverty. Zakariya’s preaching emphasized the need to conform to the usual Islamic practices like fasting and almsgiving, but also advocated a philosophy of scholarship combined with spirituality. His emphasis on teaching all humans, regardless of class or ethnicity, set him apart from his contemporary Hindu mystics. Baha-ud-din Zakariya died in 1268 and his mausoleum is a square of 51ft 9 in (15.77 m), measured internally. Above this is an octagon, about half the height of the square, which is surmounted by a hemispherical dome. The mausoleum was almost completely ruined during the Siege of Multan in 1848 by the British, but was soon afterward restored by local Muslims. Sham-i-Tabrizi (1185-1248) is credited as the spiritual instructor of Mewlana Jalal-ud-din Muhammad Balkhi, also known as Rumi and is referenced with great reverence in Rumi’s poetic collection. Shams Tabrizi’s tomb, beside a tower monument in a memorial park, has been nominated as a World Cultural Heritage Center by UNESCO. After visiting these shrines and hearing the enthralling stories about these mystics, we will then transfer to the airport for the return flight PK-682 to Islamabad departing at 15:30 to Islamabad. 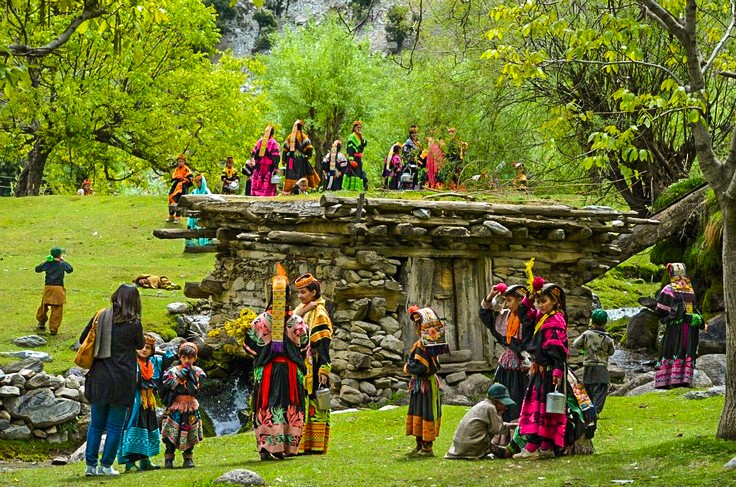 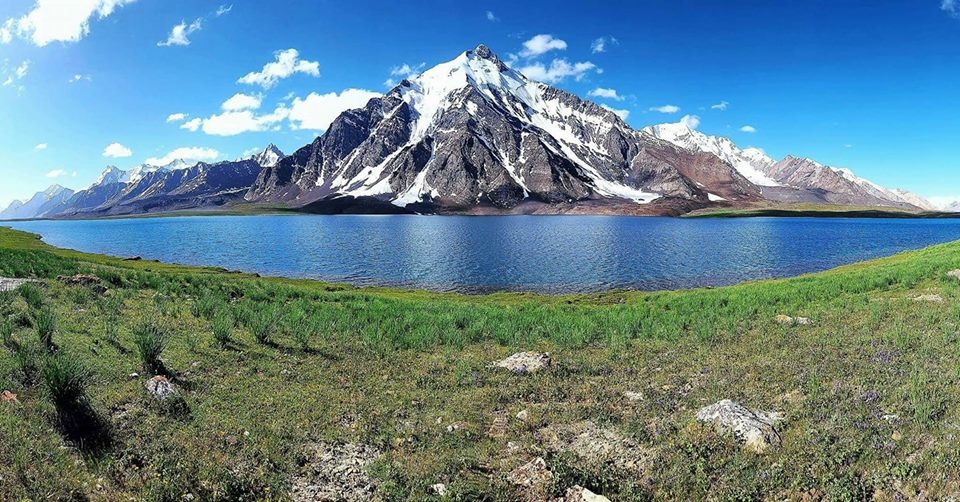